We left the glimmering lake at Dodital to climb another thousand metres, ascending pine forests, crossing streams and meadows to get to the snow-filled Darwa Pass at 4,100 metres. There, knee-deep in snow, were awesome, magnificent views of the Himalayas.

This is the next instalment of my travel blog series ‘Taking Buses up the Himalayas’ based on a travel journal written in 2001. In this post, there’s no buses, only an arduous hike up to the snowline.

We woke at 6am and I scoffed a breakfast of porridge overlooking the iced-up edges of the lake and frosty reeds. Because two of the porters were stoned on the holyman’s charas cakes from the night before, we left them there in the sadhu’s cabin. They were mountain men who clearly were hiking to find another type of high.

We hiked northward, following melt-water streams, their flows bubbling and clear. In the places where the rocks had fallen away from the path we would have to scramble on rocks to make it across to the next foothold.

Soon the sound of the water fell away and we ascended the tree-line till we came to a high-altitude meadow. Flecks of snow started to congeal in to patches and the ground took on a complexion of brilliant whiteness which became crunchy under our boots.

My breath quickened, my lungs started a dry rasping ache; this is because at 4,100 metres you have 40% less oxygen than at sea-level which made it hard to breath. It was also in part due to the porridge. Kushal, in contrast, the local mountain man, was in his element. Telling jokes and stories, punching the air every now and again to keep his fingers warm. Barely out of breath. The show-off.

Ahead was a hill-top capped with a thick carpet of snow and beyond it the blue sky and a mercurial midday sun.

By noon we were on the Darwa Top at 4,100 metres. I had never seen light so clear, nor a sky so pure, like a clear sapphire. Distant rocky peaks looked perfectly in focus and far away valleys caked in pine forests looked like moss. There wasn’t a single man-made object to be seen. (Author’s note: Believe me, it was a magnificent view and my Kodak photos now nearly 20 years old, can barely do this justice.)

The mountains here are not as high as the eastern Himalayas, only just over 6,000 metres high, but they are steeped in Hindu lore; the region is called Devi Bhoomi, or the land of the Gods.

There’s Swargarohini, which means the light of heaven, where in the final section of the Hindu epic, the Mahabharata, the eldest hero Yudisthira ascends to heaven from a ladder on the peak. There’s the Bandarpunch range, meaning tail of the monkey, where the monkey god Hanuman, puts out the fire on his tale on the summit. There’s Draupadi ka Danda, Srikantha, Jaonli, and Deonli. 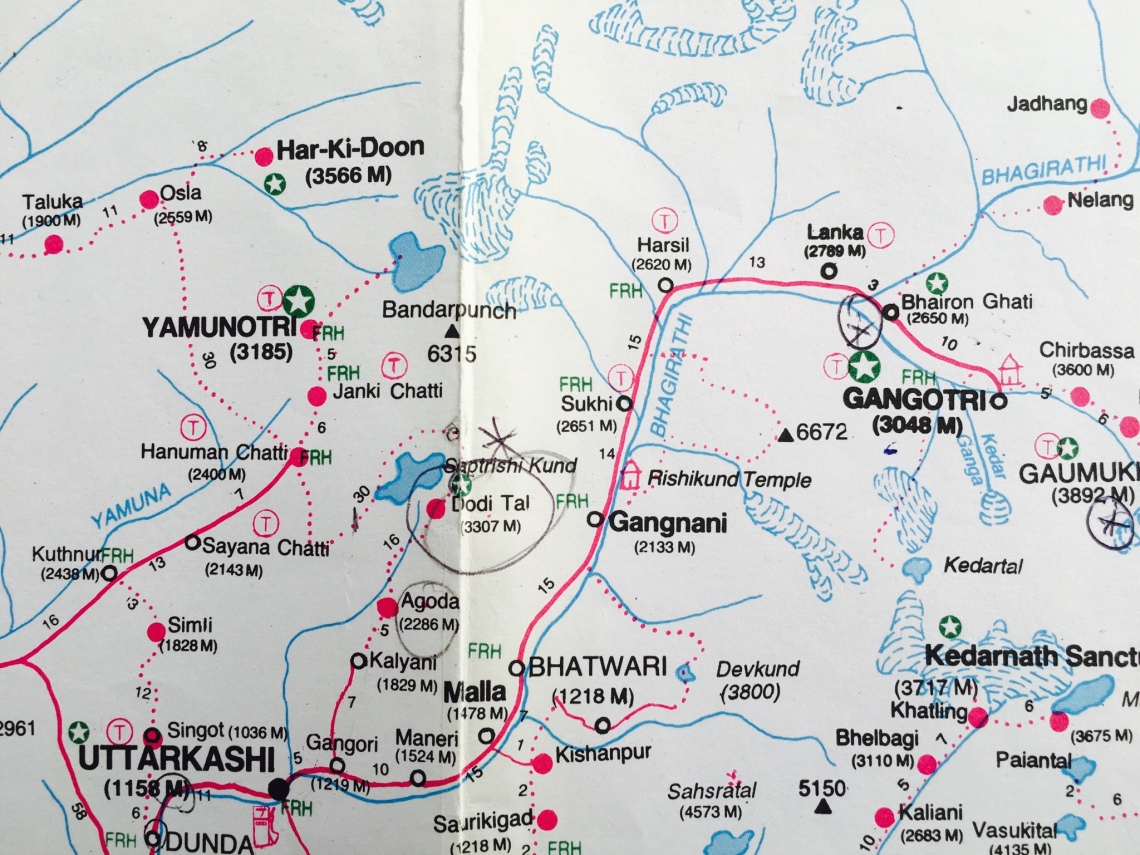 It was impossible to go any further because we didn’t have snow shoes, the snow was just too deep.
‘Is there a risk of an avalanche?’ I asked Kushal.
‘Not today.’
‘How can you be so sure?’
‘The smell. It doesn’t smell like an avalanche.’

Kushal explained that the air just before an avalanche smells wet, and today the air was dry and the snow was powdery. He had been caught in an avalanche once, ‘but a powder one … it’s the slab avalanches that are dangerous,’ he said.

We made it back to the lake by 3pm; while ascents are tough on the lungs, descents are like knocks on the knees, and with legs like jelly, I snoozed in front of the tent in the afternoon sun as the porters caught trout with their bare hands and fried them up with turmeric and garlic. Already I could feel my nose stinging, I had never sun-burned before, and in the morning when I awoke my nose had turned black.

Next stop: to Shimla via Dehra Dun by bus 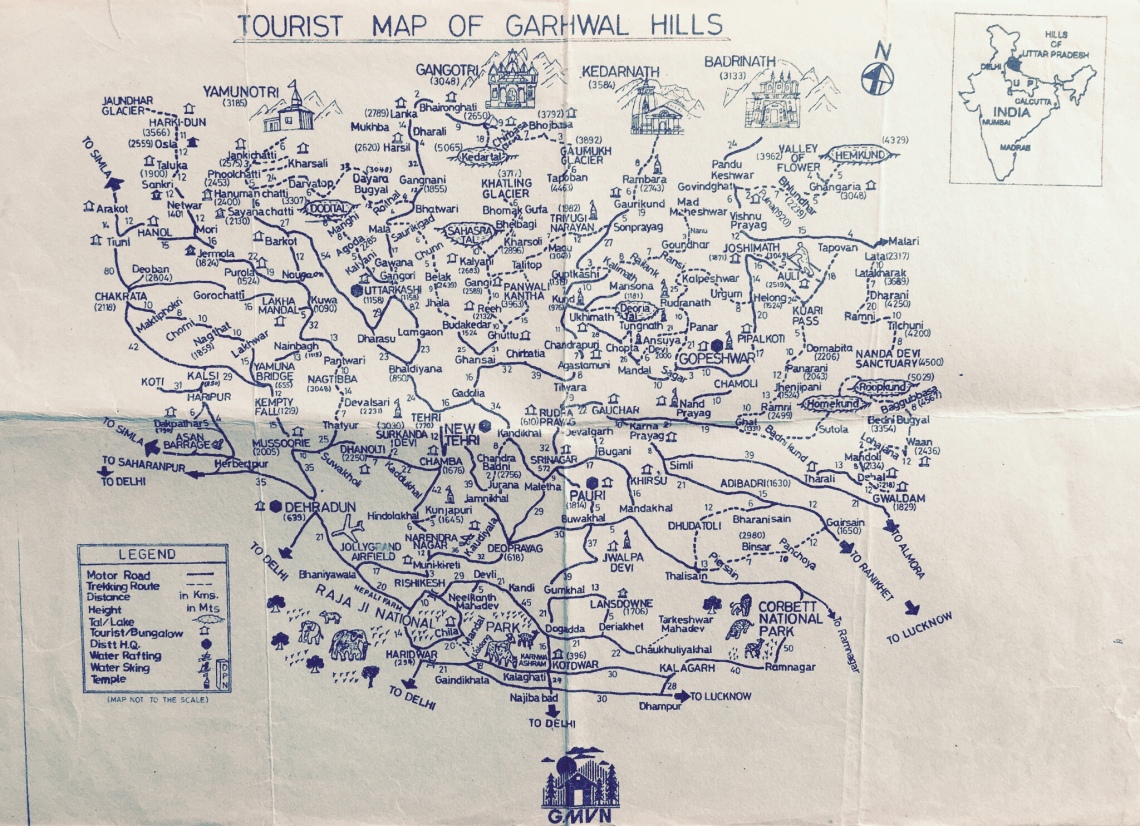