Men’s bathroom protocol | What goes on in the men’s loos? | What is a loo? | A funny incident| 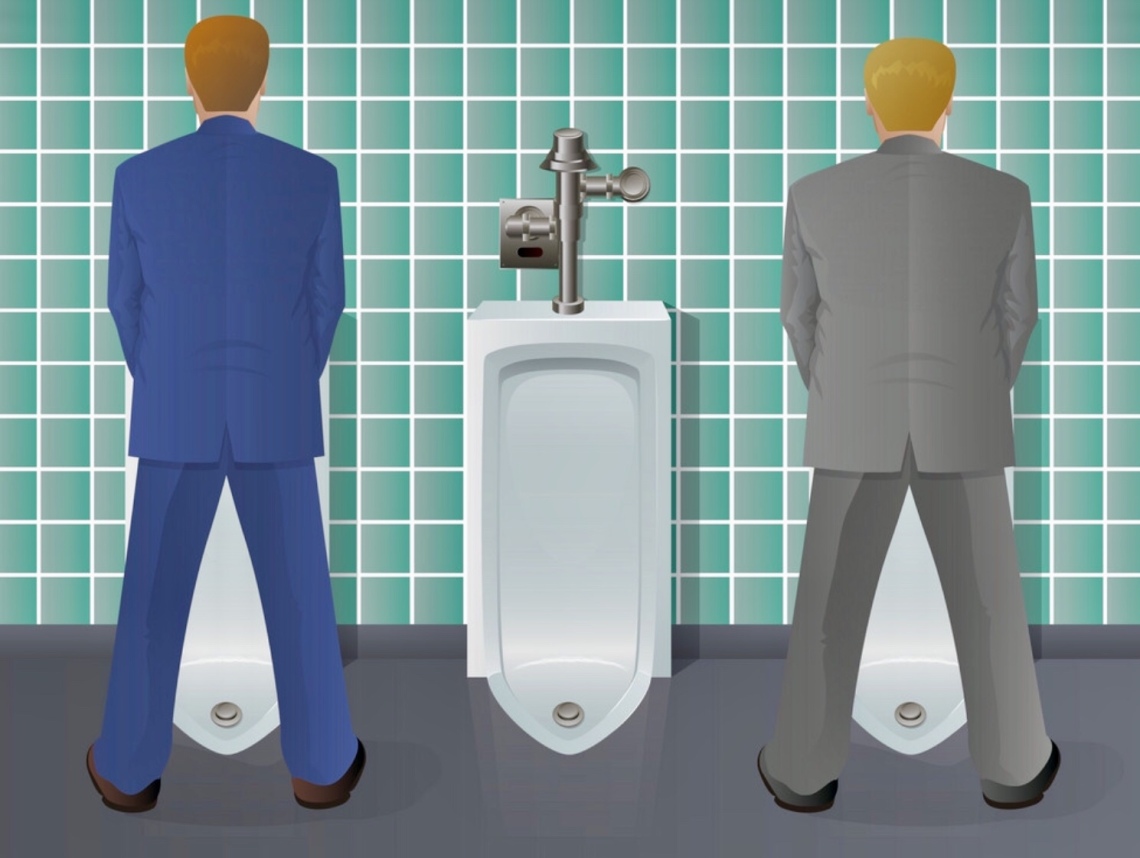 Okay, Stay with me here. Although it concerns men’s loos, I’ll try and keep it classy. For those who follow this blog outside the UK and are unacquainted with the word, a ‘loo’ is a toilet or restroom.

Admittedly ‘loo’ is a strange name for a toilet but then so is ‘John’.

And for those who have never been in a men’s loo (most likely all women, I would like to hope) the place is not a bastion of activity, not a forum for heady intellectual talk nor back-slapping revelry.

They are rather dull functional places where men come to stand, unzip their flies and relieve themselves. Nearly always, this is in complete silence which is generally protocol, and trans-urinal talk is rare and generally frowned upon.

There is also a loosely followed protocol on which urinal to choose.

For example say there are five urinals and a person comes in, he will generally occupy the first urinal, here denoted by x.

If a second person comes in to the toilets, he will occupy urinal number 5 as below:

If a third person came in, protocol dictates they occupy urinal 3, in the flowing permutation:

This preserves the universal rule that one should be the furthest away from anyone else as possible. This is not a social occasion. Men don’t want to be the next door neighbour to someone relieving themselves due to factors of privacy, needing to focus on a job in hand and a small matter known as ‘splashback’. But we don’t need to go in to all of that now.

Anyway I digress. My colleague Jonnie went to the loo where he saw his colleague Jake in urinal number 1 in mid-stream.

Jonnie occupied, as protocol ordains, urinal number 5 and got on with his business.

Jake looked over and said, ‘I guess that’s why they call you little Jonnie.’

It was a little bit of office banter, a small bit of innocent teasing. Jonnie ignored the comment but remembered it.

Fast forward two weeks. Jonnie was now at the urinals when Jake entered. Pre-empting a witty comment from Jake, Jonnie said, ‘I guess that’s why they call me big Jonnie.’

Only it wasn’t Jake next to him. It was someone he had never met.

He washed his hands and left.